It's almost April (as of writing) and we're just shy of 10,000 plays as we celebrate the first three months of Ashes Ashes!

We thought we'd take this chance to look back at the beginning of the show, where we are now, how we got here, and where we're going next - as well as some transparency information and general upkeep. But first, some numbers.

Ashes Ashes by the Numbers

Here are some visuals: 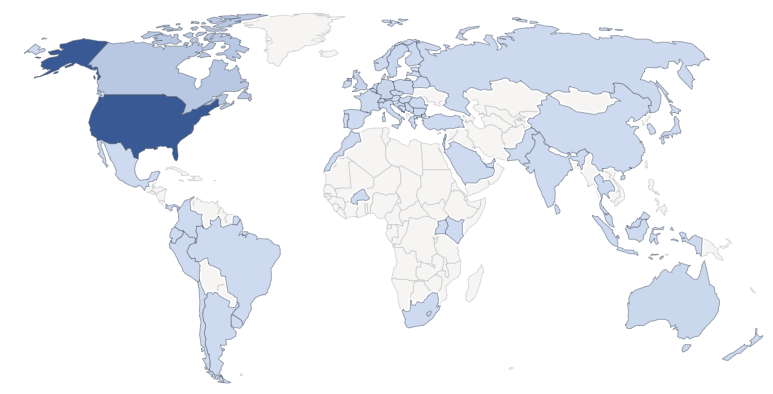 Each week is better than the last and we're up to just over 1000 plays a week - a trend we're excited about and hope to see grow over the next few months. We've also received dozens of messages, emails, and thoughts from listeners telling us their feelings about the show. We love these so thank you to all of those who reached out!

We love transparency here and so in addition to sharing all these play numbers, we want to share a little about how much it actually costs to produce this show. We're not going to try and approximate the value of the time that we put into the project (although each episode can be 15-40 hours combined) and instead just look at hardware, software, and services.

The initial cost here is going to be a lot more than the ongoing costs moving forward because we had to invest some audio equipment to get us at a place where audio quality wouldn't be an issue. Let me break it down:

Not inconsequential, but not impossible! We pay this out of pocket (remember, we don't have ads and never will) divided equally between the two of us (outside of personal hardware purchases). We've been lucky and have been able to scrounge up or reuse a lot of hardware including all our mics (2x EV RE20's for David, Sterling ST55 for Daniel, and two Shure SM57's for guests) and a few services (Dropbox, etc) which are used for business outside of the show.

When we started this show, the goal was to spread awareness for what we see as critical, sensitive, and oftentime neglected issues. We believed these were stories that needed telling, and perspectives that could not be ignored for our own sake.

Going back and listening to our first episodes is a little tough for us. It's easy to hear how stiff we are, how our recording tools and techniques are still in their early days, how our flow and rapport isn't smooth and developed, and how the show suffers as a result of our lack of preparation and experience. But each one is a little better than the last. We originally recorded 4 episodes (beginning in November 2017) one per week to practice the process and build up a back log to launch with several episodes instead of just a single one. This culiminated with the release of five episodes at once in the beginning of January 2018 and it's been one a week since then (and will continue that way for the foreseeable future).

Where We Are and How We Got Here

Since those first few episodes we've learned a lot. First, just from a quality perspective our gear is much nicer than what we started with (mic and interface upgrades) and that makes it much easier to edit and master each episode - a process we've learned a lot about just by doing it week in and week out. We've spent time practicing our mic technique making sure we're speaking at the right volume, the right distance, the right angle, and even learning to turn our head during certain words (plosives are tricky). We've been dilligent about trying not to fall into the same vocal rhythyms and phrases (if you want a good drinking game, take a shot every time David says "profound effects" in the first few episodes - we're not responsible for your liver damage) and in general improving our communication and it's paying off. This also results in episodes being easier to edit and master saving us time and avoiding having to fix things in post (which usually sounds worse too).

The introduction of interviews was a big jump forward with the show and something we really enjoy. It's one thing for us to list off research studies and conclusions about topics we care about and it's another for people who live and work in those fields to share with us their concerns directly. We've learned a lot from the people we've brought on the show and we're actively seeking more informed perspectives to increase both our own understanding and that of our listeners.

A lot of the growth of this show is due to the support of helpful communities on Reddit (including the collapse sub, permaculture and homesteading subs, chapotraphouse, and general comments and sharing) and we're very grateful for this. We hope to continue creating content that people are excited to share with friends, families, and the communities they care about online (and we will continue to contribute to those communities ourself).

You may have noticed this "Diaries" section of the site (since you're on it right now). We wanted an area to discuss the "why" and "how" behind this show and all the time, research, and work that goes into it. Here you'll find production diaries and general updates about the show and what it takes to create it. Check back every now and then, we've got some fun stuff coming!

While promoting the show, we were often requested to provide Soundcloud links in addition to this website and our traditional podcast sources (iTunes, Google Play, etc). Well we're finally shelling out the extra $15 a month to make it easy for Soundcloud users to listen in, so check us out at ashesashescast if that's your thing.

After being contacted by WCDB 90.9FM about broadcasting Ashes Ashes, we realized we needed a way to easily share master quality files for people interested in professional applications of our show (and maybe a couple audiophiles as well). Well now every single episode is available as a lossless flac file on masters.ashesashes.org. We will also be adding bumps and generic intros and outros to help with show editing if you choose to pick up the show for distribution (feel free to reach out if you need anything specific).

We're hoping to spread our distribution both digitally (waiting on you, Spotify) and on the air waves as well as begin a habit of reaching out to news organizations and websites about our show and episodes complete with press kit (currently a work in progress).

As the show gets more serious (and we start developing some really cool episodes and series that we're not quite yet ready to talk about), it's time to get legal (unfortunately). That means we'll be filing for an Ashes Ashes LLC in the next few weeks for legal protections and to prepare us for some bigger actions moving forward. This will probably also make our cost accounting more straightforward and easy to share, even if it requires some additional hoops at first.

And as always, listener support will help us get to our goal of 10,000 plays a month (hopefully within six months from now). So thanks for all your support! We hope that as we continue to unravel these systemic issues and catastrophes (and look for solutions) that you'll be there with us along the way.